From The Daily Sheeple: 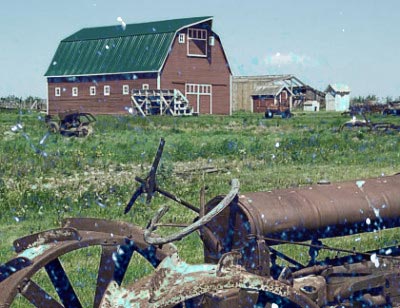 Good news: the U.S. Department of Agriculture has published research indicating that there are lots of un-filled jobs and career opportunities in the farming industry. Bad news: the Obama Administration has been cannibalizing the nation’s farmers for the bigger part of the last six years.

First the good news.  According to a report at CNBC.Com, the USDA has uncovered some eye-opening statistics about the world of agribusiness.  The average age of a farmer in the U.S. is 58, and has been on the rise for the last thirty years.  There are now six times more farmers 65 years of age and older than there are farmers 34 years of age and younger.

The USDA fears that the farming industry may be left without adequate workers and expertise within a few short years.  But the data also suggest something very positive: there is an entire industry here in the U.S., and a very necessary and essential industry at that, that is full of work and career opportunity for those who are interested and willing to pursue it.

But while the USDA is putting out the good word about job opportunities in farming, other federal government agencies have been undermining and harassing farmers for the past six years.  Consider as an example the plight of farms in Central California’s San Joaquin Valley.

“Save” the delta smelt: Billions of gallons of fresh water have been diverted away from the valley farmers, directed into the Pacific Ocean

The Golden State’s “Central Valley” is a vast, expansive territory that stretches from the northern tip of Los Angeles County , through the center of the state and up to and beyond the state’s capitol city of Sacramento . If today you were to travel north or south through this region, on either “Interstate 5” or state route “99,” you’d see the influence of bad politics in Washington, and expressions of outrage that Central Californians feel toward their federal government.

Despite the fertile soil of the region, it nonetheless would essentially be a desert if it weren’t adequately irrigated. This means that in order for it to remain a top agricultural producer year after year, it needs a lot of water – and this is where Washington has damaged Central California.

Much of the water that would normally be available to these California farmers has been denied them, because of actions taken by the U.S. Fish and Wildlife Service. In issuing what is known as a “biological opinion” back in 2008 (yes, the problem began shortly before President George W Bush left office), this government agency utilized the power of the Endangered Species Act to shut-off water supplies to farmers in order to help save the “delta smelt” – a small fish that the bureaucrats believe is endangered because of too much fresh water in rivers and streams.

This entry was posted in Endangered Species. Bookmark the permalink.